by Juicy the Emissary 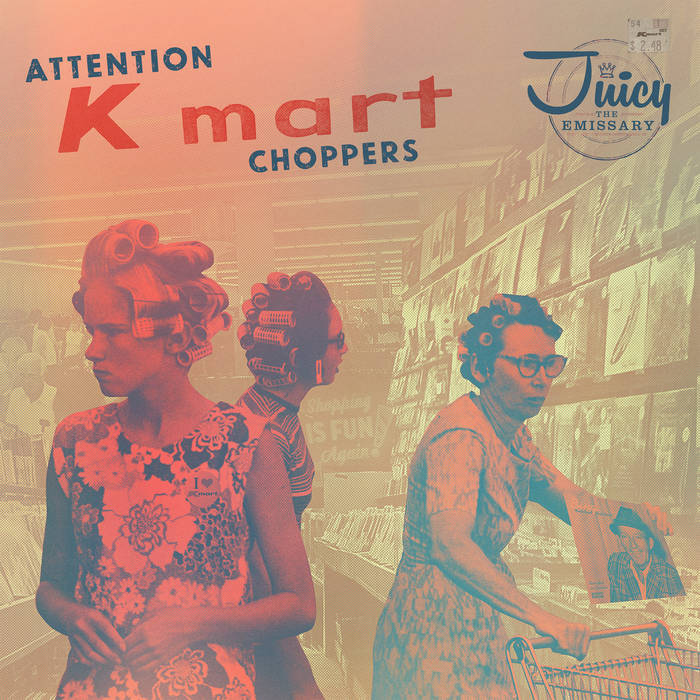 BandcampBeats- YallDontHearMe Totally co-sign on the comment that there is “a golden oldie flip that absolutely blew my mind”. This whole thing has knock and swing and chop chop chops. Props on this whole project concept and execution. Shouts to all those involved in getting this to my ears.

Stein Gunnar Bakkeby This is absolutely weird, but equally compelling and hard to put down. Favorite track: Attention Kmart Choppers A6.

On Thanksgiving 1989, Kmart employee and audio enthusiast Mark Davis wandered behind the customer service desk to check out the store’s sound system, which looped muzak and top 40 plus ads and announcements under the banner of “KMRT, The Kmart Radio Network.” When he found last month’s tape hadn’t been thrown out yet, he pocketed it and made a habit of doing this, collecting 56 tapes from 1989-1992.

In September 2015, Davis uploaded the tapes to archive.org with the humble intention of preserving them. But within a few weeks he became an internet celebrity among obscure media fans and supplemented the collection with reel-to-reel tapes from the 70s and 80s thanks to Tom Schwarzrock, who acquired them serendipitously along with a deck he purchased. The tapes are like a consumerist time capsule, a vaporwave trove of eerily familiar corporate ephemera extracted from its original context and purpose.

Similarly, Attention Kmart Choppers is composed of pieces from this collection chopped up, resculpted, and mosaicked together by Juicy The Emissary, forming a new, distinctly contemporary sound while inheriting a haunting nostalgia that provokes memories burrowed deep in the subconscious.

Juicy the Emissary is an aural architect, arranging sounds to create unshakable structures capable of accommodating the most fastidious audio dwellers.

Bandcamp Daily  your guide to the world of Bandcamp